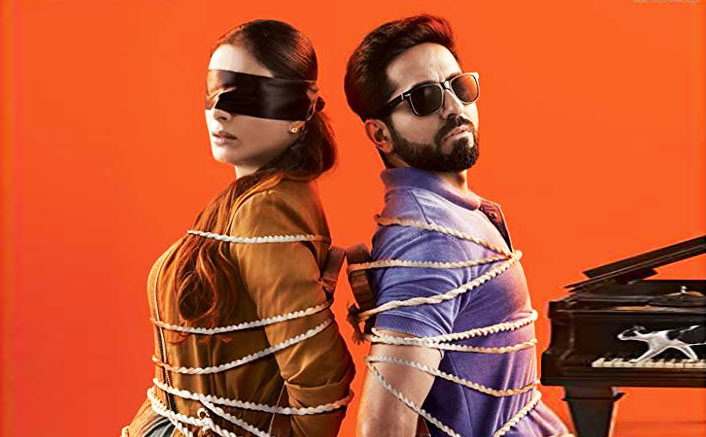 The worst part of Andhadhun is that it ends!

Andhadhun is a joyous ride of a thriller and dark humor with a confusing tale of crime and bluffs which you should definitely get on.

Sriram Raghavan might have risen to fame with Andhadhun but he started off with a National Award for his Diploma project, The Eight Column Affair. The extremely talented director has been overlooked numerous times in his directorial ventures. He has directed a documentary about the infamous serial killer Raman Raghav and feature-length films Ek Hasina Thi, Johnny Gaddar and Badlapur. The underrated piece, Johnny Gaddar by Raghavan has similar notions of Andhadhun. Having watched all his works, I was somewhat prepared for the confusing tale and the twists before going into the movie first hand.

Andhadhun is a well-crafted crime thriller with the flow of crimes which are well connected for creating enough twists and turns. The film has nuances of Cohen brothers and Sexy Beast in Particular but still manages to be original. The scene starts off with a hare running around and then cut to present. In the end, the same opening scene is intertwined with the ongoing drama in Akash’s (Aayushman Kurrana) life. This particular theme is inspired by Sexy Beast, a British movie starring Ben Kingsley where Ben Kingsley’s character is somewhat of Tabu’s character and Ray Winstone’s can be replaced by Aayushman’s. Despite the similarity in the theme, the content is totally different and this is the very fact that made me like Andhadhun equally as I liked Sexy Beast.

Tabu has given an awesome performance as always and Aayushman and Radhika are also quite amazing. Talking about the performance is a waste of time as it has been nailed very well.

The movie is filled with events that lead to next without confusion but when it ends, everything is questionable. It is very much confusing after you have done watching as there is no clear conclusion that the movie offers. You can derive your own conclusions but what is the fun in that. The ending makes it even more exciting as you are left with plenty of questions and answers. The answers you have can be different from others and everyone is correct because that is what the film tends to do to you.

This review was originally written and published on Quora. The writer has published the piece also on Veda Digital among a few other websites.